This post will go through the steps taken for changing IP address on a vRealize Suite Lifecycle Manager (vRSLCM) instance in my lab environment.

The vRSLCM is running version 8.10. The instance has a few environments configured and there's both a vRealize Automation cluster and a vRealize Log Insight cluster deployed through vRSLCM.

In addition to this instance there's also a VMware Workspace ONE Access (VMware Identity Manager) node and a vRA cluster running which also will need to have its IP address changed. For brevity I've split the process for those two out in different blog posts.

There is a KB article from VMware explaining the necessary steps for an earlier version. Note that this makes use of the /opt/vmware/share/vami/vami_config_net script which let's us in a text-based GUI change the IP details. Note however that since the instance also has vApp properties set in vCenter it's not enough just to change the IP details through the vami_config_net script since (at least in my case) the IP settings gets reverted after a reboot.

As mentioned, in this process I've also changed IP addresses for both vIDM/WSA and vRA as these were all running on the same network. Check the corresponding blog posts for details on those specifically.

Before starting the vRSLCM instance we change the vApp options on the VM. 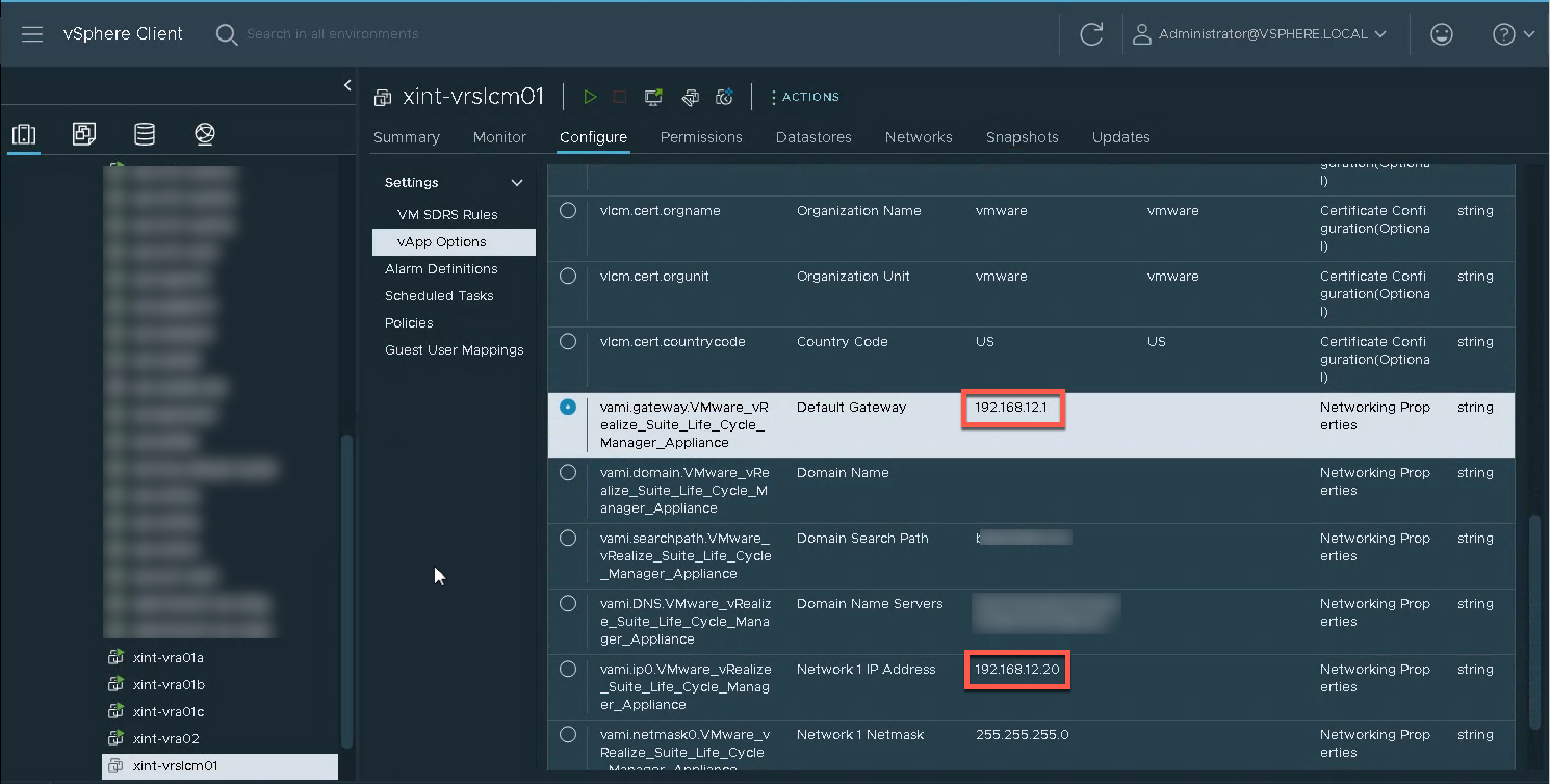 When the VM is up and running we'll start up the /opt/vmware/share/vami/vami_config_net script which will present a text-based UI for us to work with in the terminal. 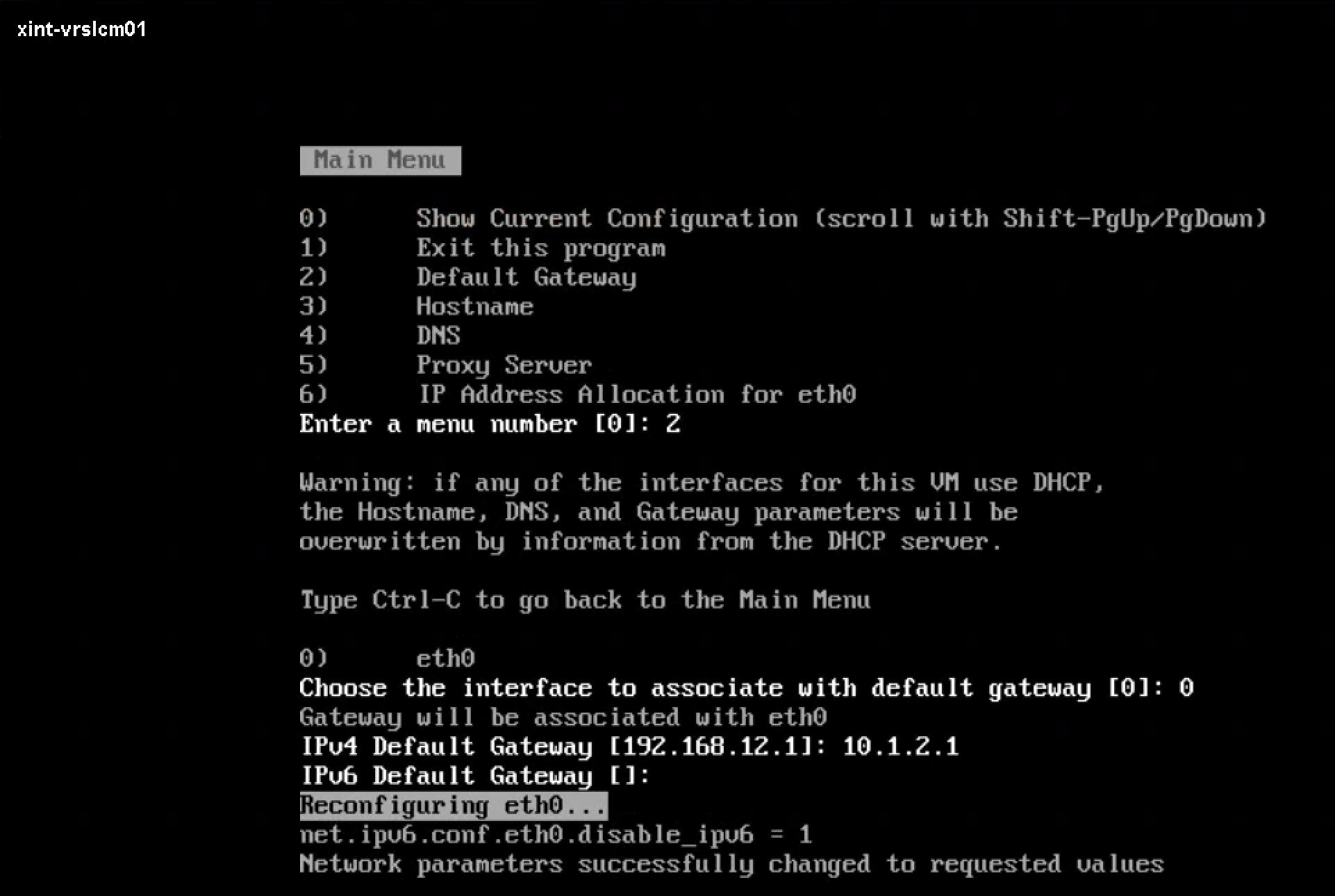 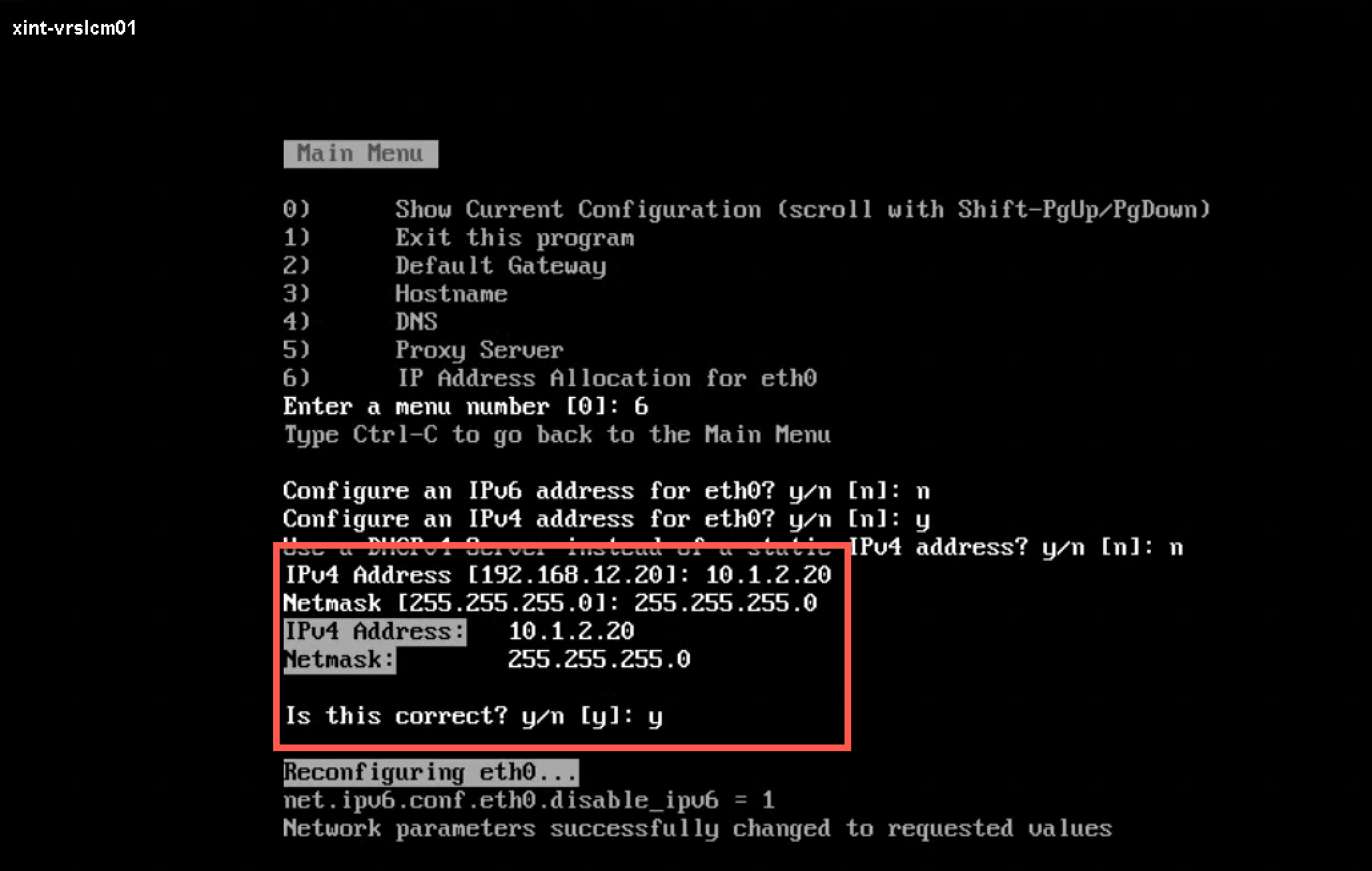 After the VM has rebooted and all has gone well it should be up and running on the new IP address. 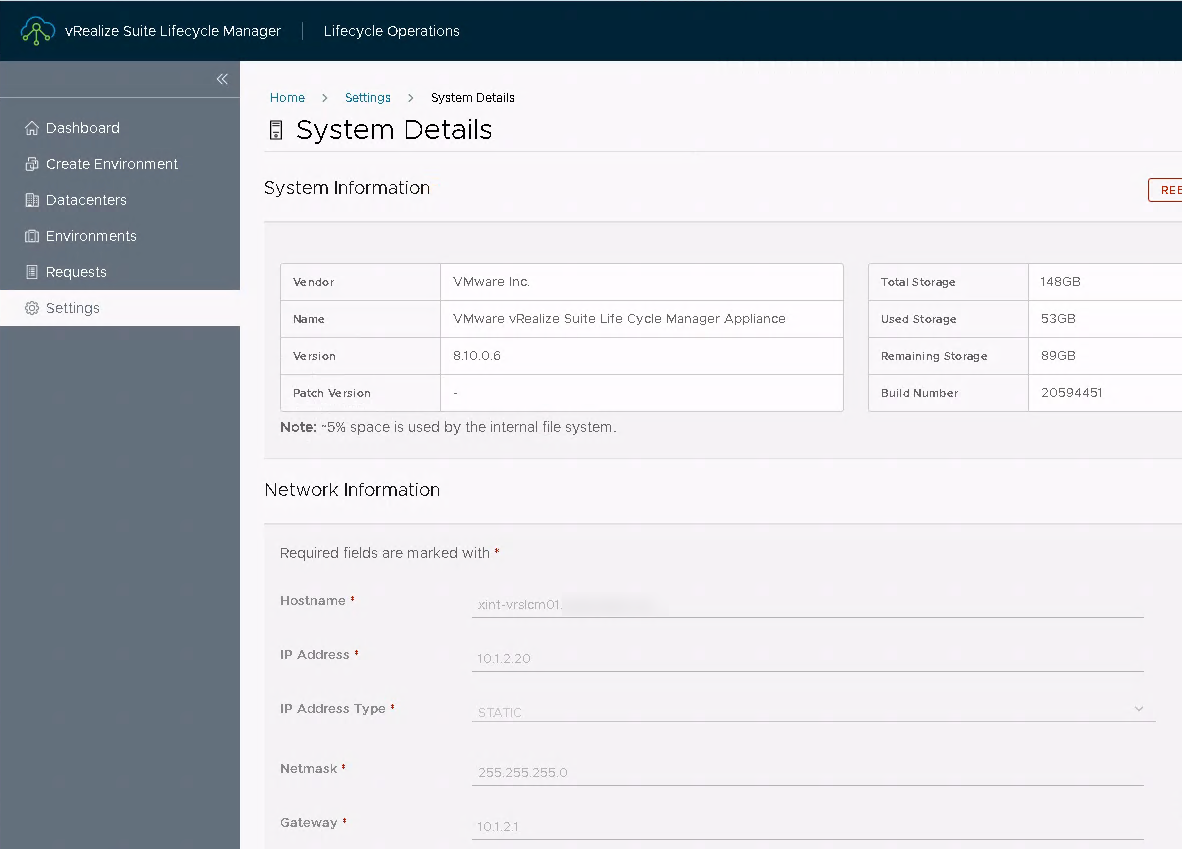 Before finishing be sure to update the DNS record for the vRSLCM instance, and if the certificate in use has the IP address included make sure to regenerate a certificate with a new IP.

This short post was a write up of the steps taken to change the IP of a vRealize Suite Lifecycle Manager instance.