This post will go through the steps taken for changing IP addresses on a vRealize Automation (or Aria Automation which will, eventually, be the new name) cluster in my lab environment.

The vRA cluster is running version 8.10.0 and has been deployed through vRealize Suite Lifecycle Manager (vRSLCM). The cluster consists of three nodes, and a Virtual IP (VIP) is set for the Load Balancer in front. The Load Balancer in use is the VMware NSX Advanced Load Balancer (Avi Networks).

In addition to this there's also a VMware Workspace ONE Access (VMware Identity Manager) node and a vRSLCM node running which also will need to have its IP address changed. For brevity I've split the process for those two out in different blog posts.

There is a documentation article from VMware explaining the necessary steps which I've used in this process. Note that this is for the vRA cluster.

As mentioned, in this process I've also changed IP addresses for both vRSLCM and vIDM/WSA as these were all running on the same network. Check the corresponding blog posts for details on those specifically.

Power on and verify cluster status

After taking a snapshot we'll bring the vRA cluster back online to verify that everything is running as it should. 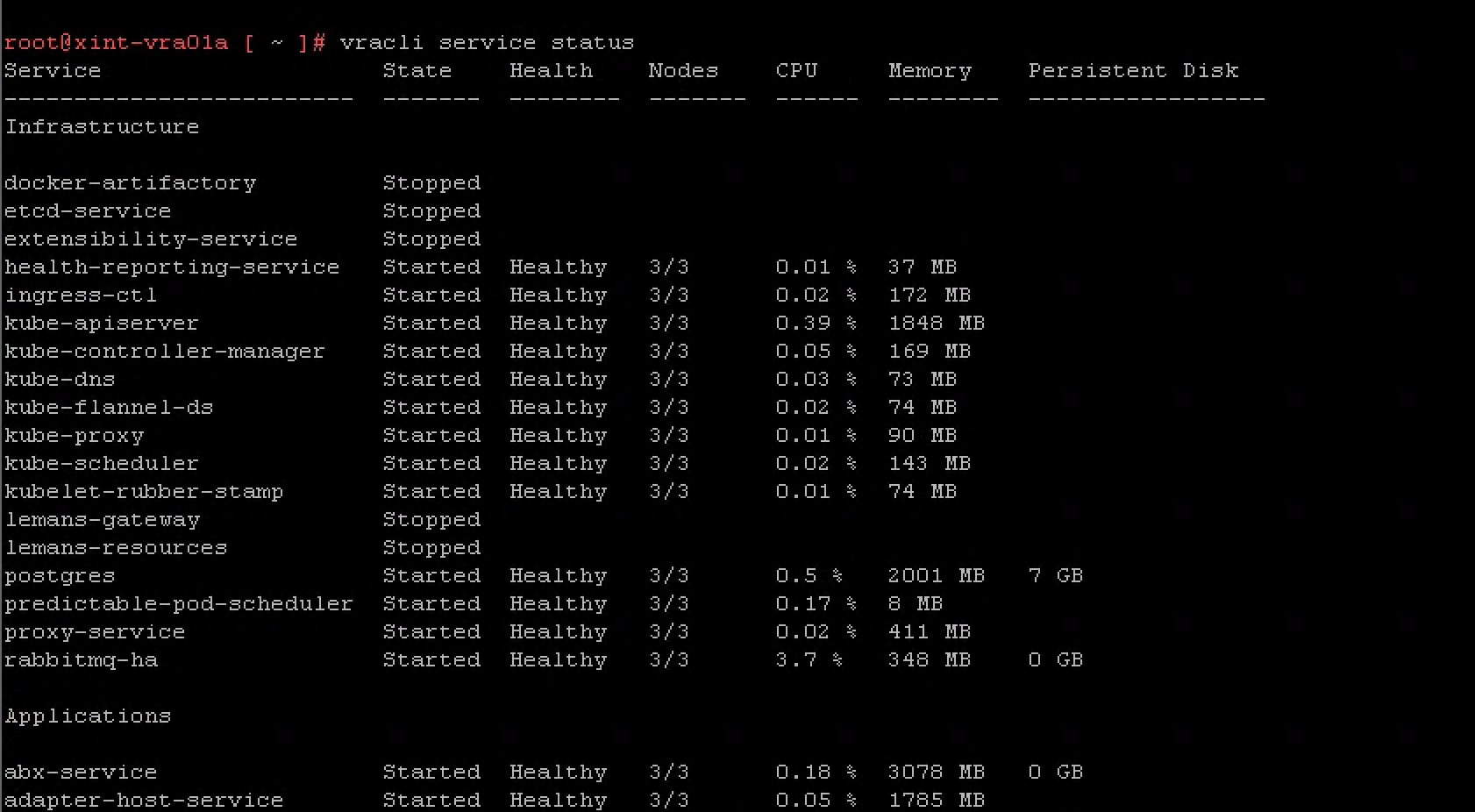 The IP change process comes from the process needed when using SRM for recovering the cluster to a new network in case of disaster.

While the cluster is still up we'll add in a Alternative IP for each node. Note that the screenshot shows that we shutdown the cluster also. Make sure that you run the alternate ip command FIRST on ALL nodes in the cluster before shutting down the cluster.

After the cluster has been stopped we can swap the IP to the alternate one. This must be done on ALL nodes. 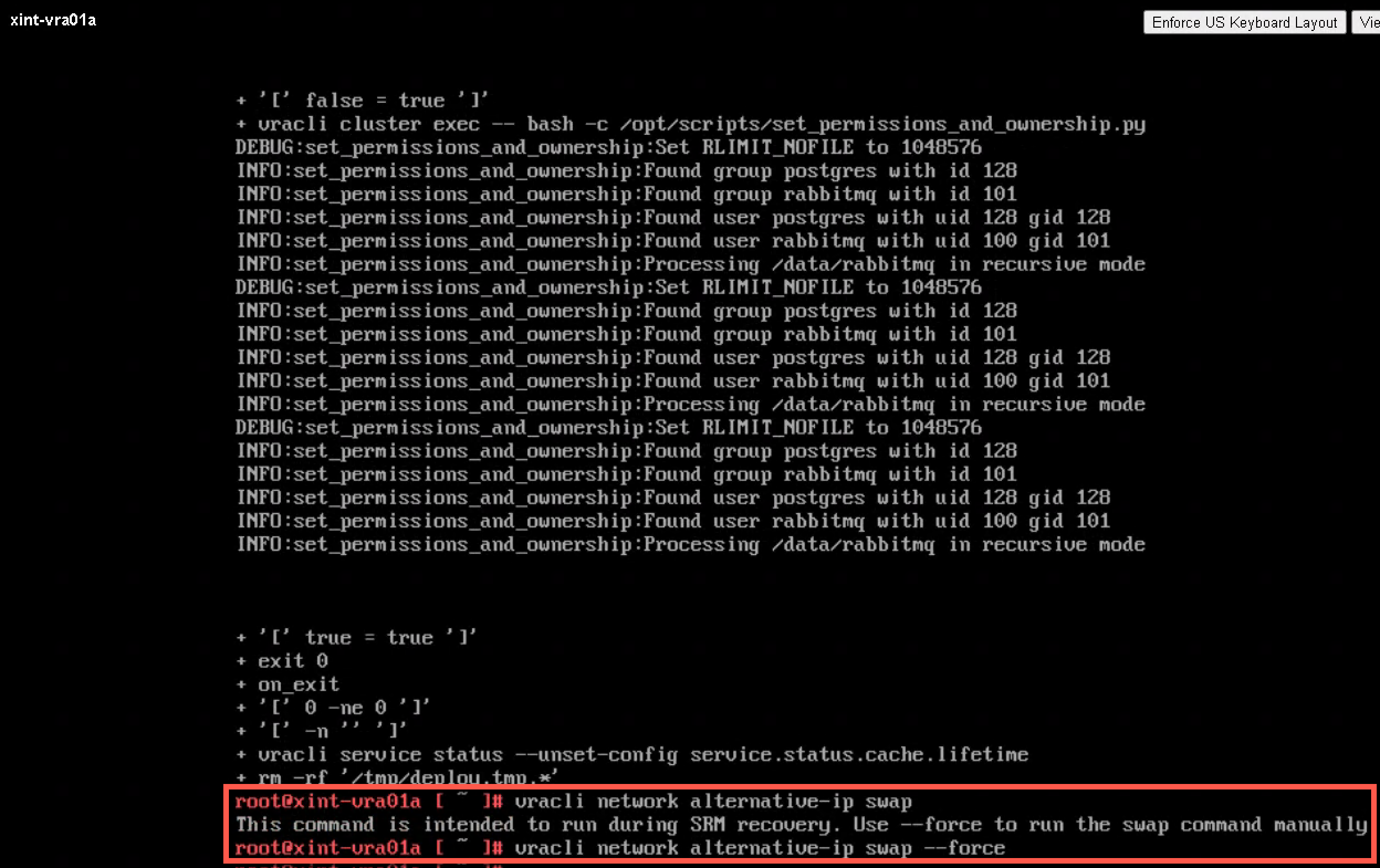 Before starting the cluster it might be a good idea to fix the IP on the load balancer. In my case the Load Balancer is a software based platform, NSX Advanced Load Balancer (Avi Vantage).

First we'll update the underlying network segment to reflect the new IP range. Note that if you switch to a new or different network this will be different 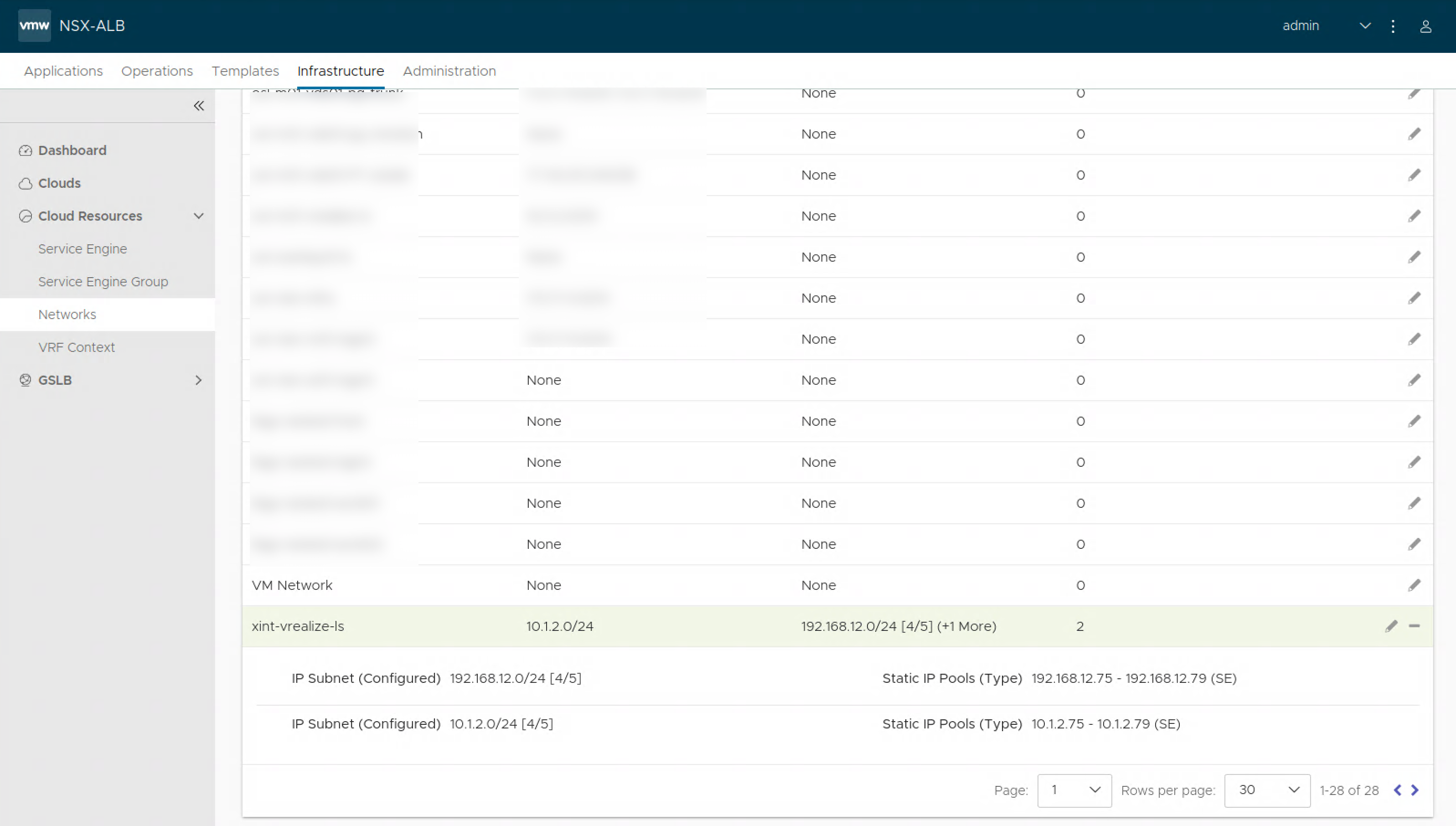 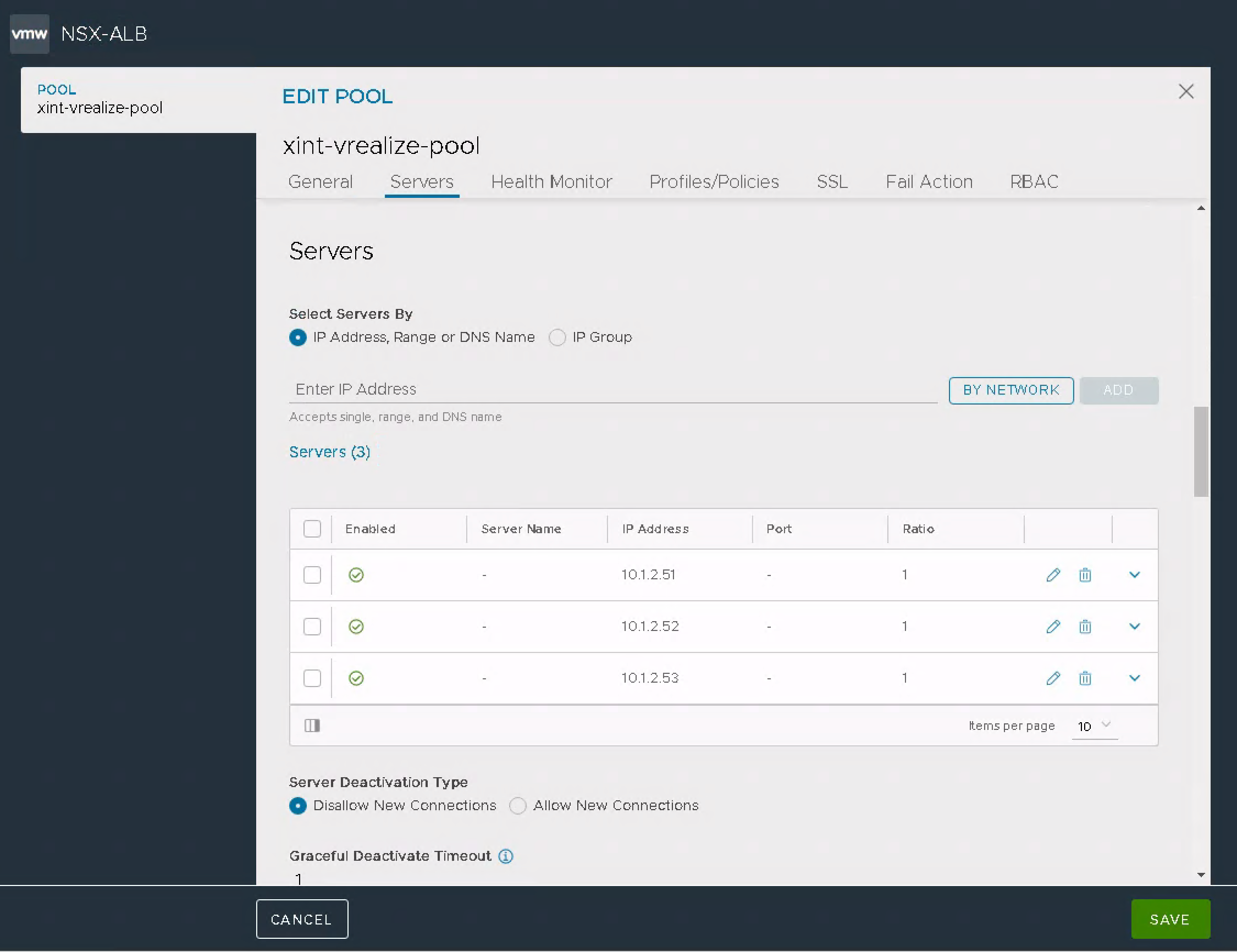 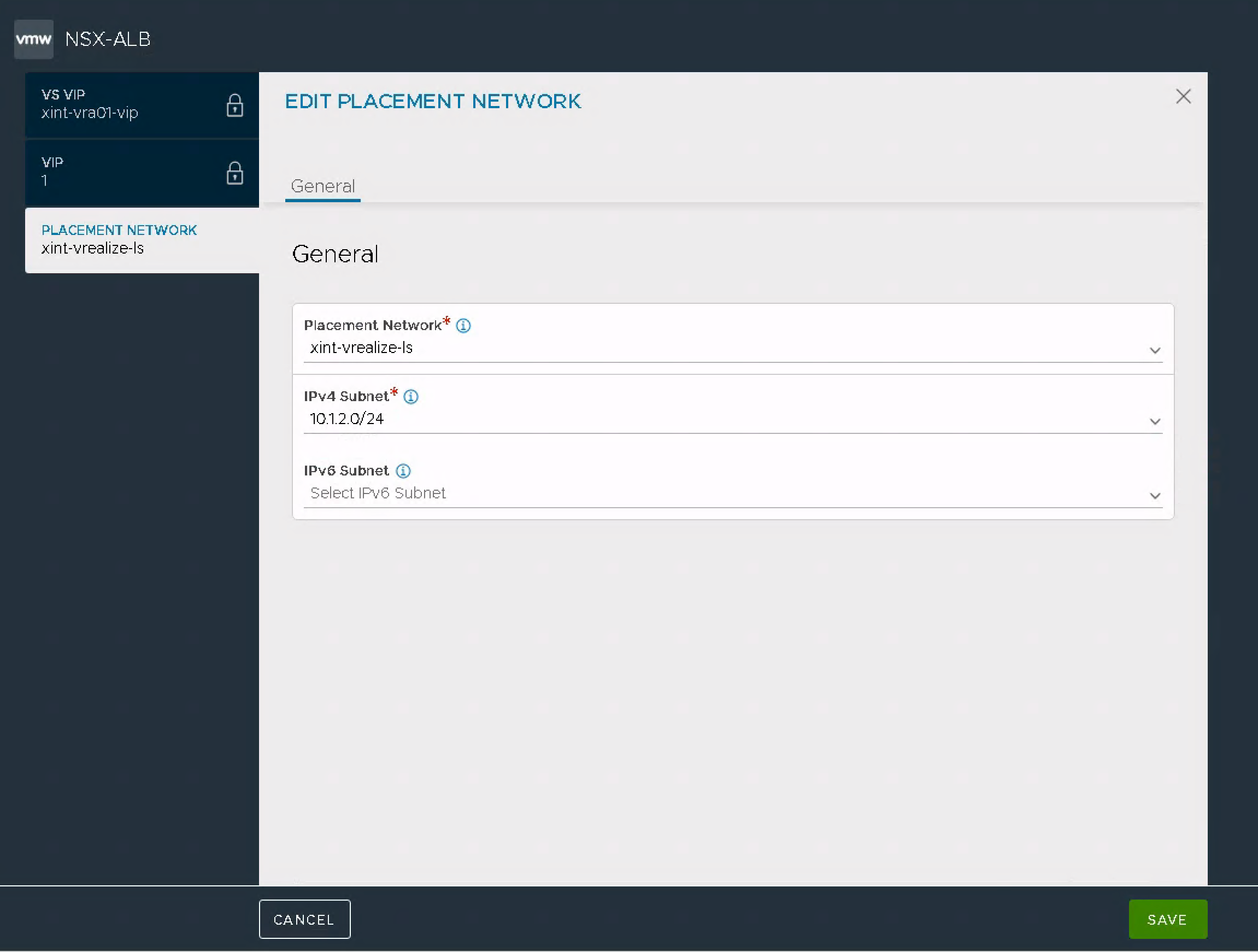 After a while the Virtual service should be back up

I struggled for some time to get the Virtual service to actually work even though it seemed fine in Avi. After restarting the Service Engines and the whole vRA cluster, and updating certificates withouth avail, I decided to recreate the whole Virtual Service which then solved the problem.

Make sure to update your DNS server with the new IP addresses of the vRA cluster nodes and VIP.

Now we can start up the vRA cluster and after a while we should have our cluster up and running.

We'll also have to update the certificate in use if they include the IP address of the vRA nodes and load balancer. After generating a new certificate this is pretty straightforward by using the vRSLCM Locker and replace functionality on the existing certificate 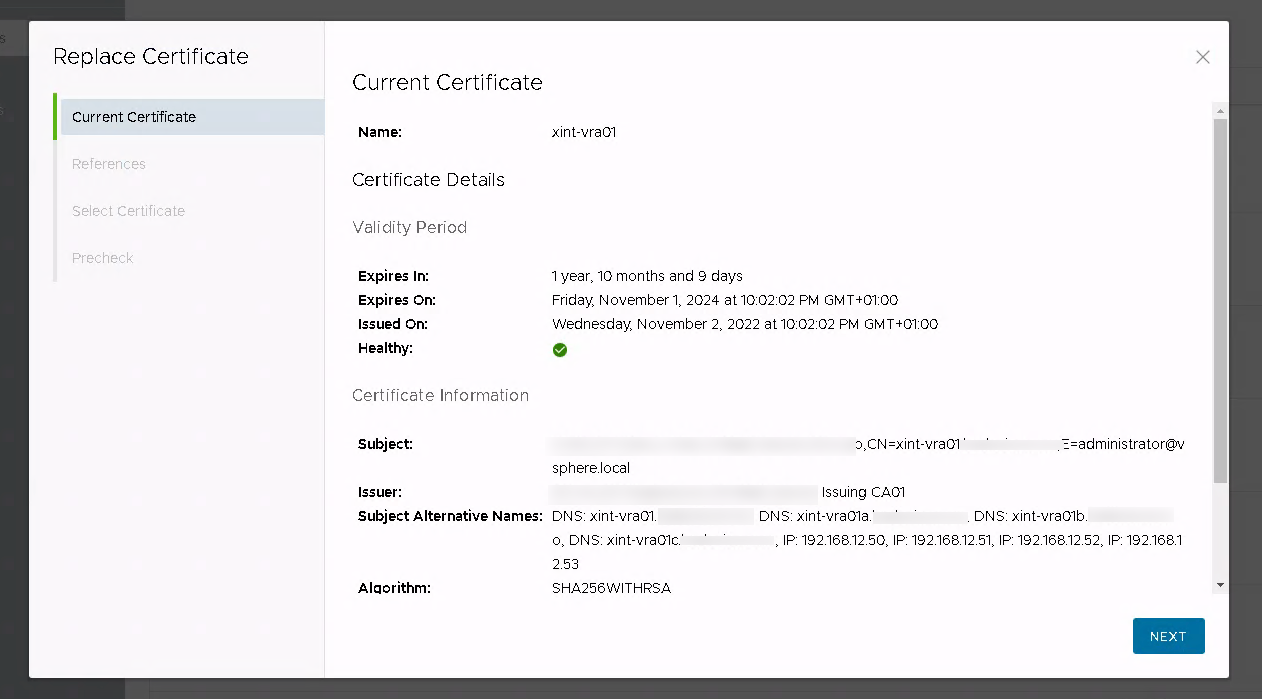